Toothbrushing is such an ingrained habit, few people think twice about it. But as with any habit, you can get sloppy, and that can lead to cavities and gum disease.

Toothbrushing Mistake No. 1: Not Using the Right Toothbrush

Consider the size of your mouth when picking a toothbrush, says Richard H. Price, DMD, the consumer advisor for the American Dental Association. "If you are straining to open wide enough to let the brush in, the brush is probably too big," he says.
''The handle has to be comfortable," he says. It should feel as comfortable as holding a fork when you eat.
"The more comfortable it is in your mouth and your hand, then the more likely you will use it and use it properly," he says.
Which is the better toothbrush: Electric or manual?
"It's an individual preference," says Michael Sesemann, DDS, president of the American Academy of Cosmetic Dentistry and an Omaha dentist.  "A person who brushes well with a manual will do as well as a person who brushes well with an electric." 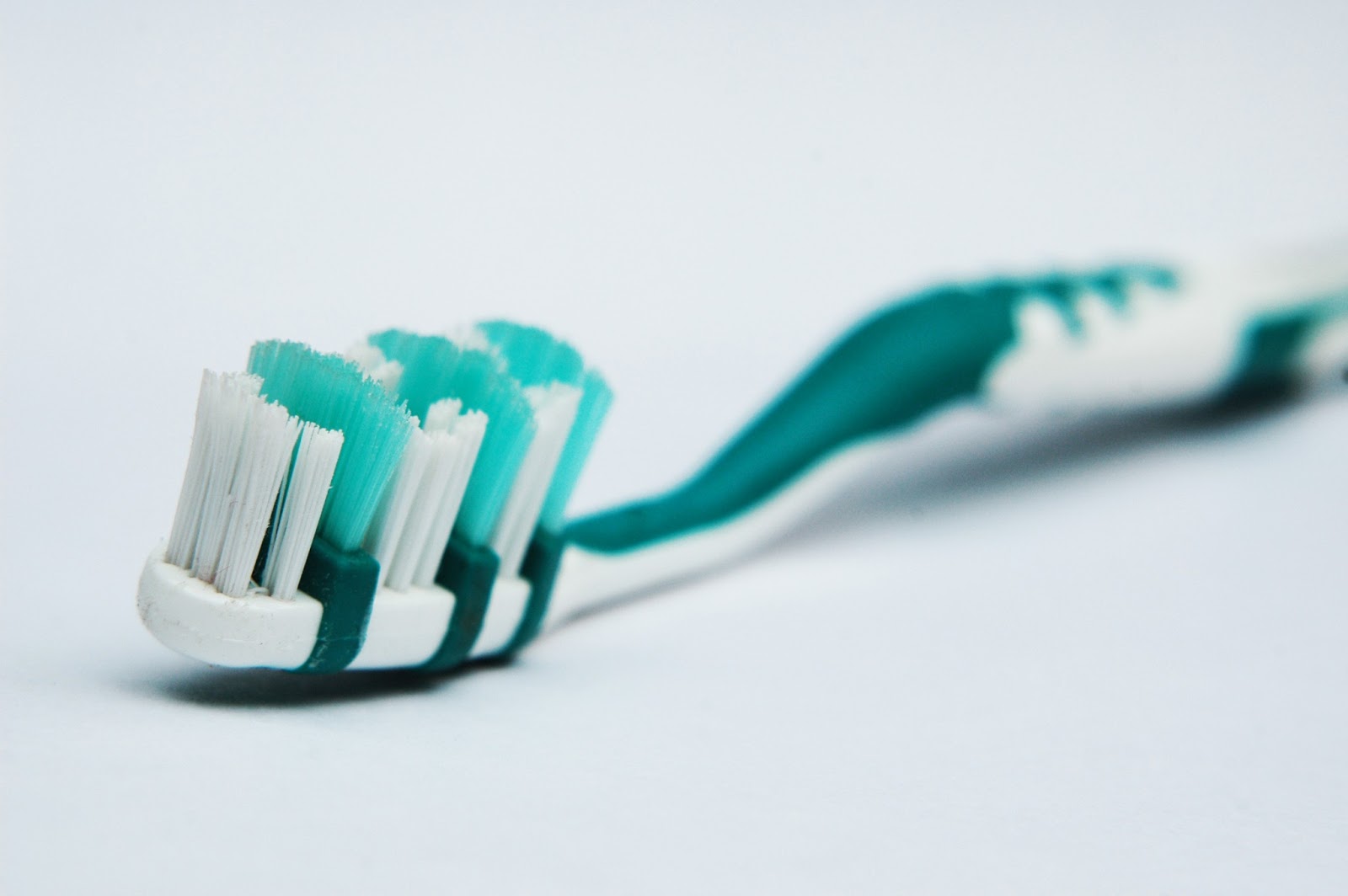 Price agrees. "It's not the toothbrush, it's the brusher."

Toothbrushing Mistake No. 2: Not Picking the Right Bristles

Some toothbrushes have angled bristles, others straight. So is one type better? Dentists say no.
''It's more related to technique than the way the bristles come out," says Sesemann.
What is important when buying a toothbrush? Bristles that are too stiff can aggravate the gums. The ADA recommends a soft-bristled brush.
''Bristles should be sturdy enough to remove plaque but not hard enough to damage [the teeth] when used properly," says Price. He doesn't recommend "natural" bristles such as those made from animal hair or boar bristle.

Toothbrushing Mistake No. 3: Not Brushing Often Enough or Long Enough

Softly brushing your teeth at least twice a day is recommended. ''Three times a day is best," says Sesemann.
With too much time between brushings, he says, bacterial plaque will build up, boosting the risk of gum inflammation and other problems.
Brushing should last at least two minutes, says Sesemann. Three minutes is even better, says Price.
Most people fall short of both time lines, says Sesemann. "It's an arbitrary number, but it's just so people take the time to clean all the surfaces." He often recommends people divide the mouth into quadrants and spend 30 seconds a quadrant. Some electric toothbrushes include built-in timers.
To make the two minutes go faster, Sesemann says he ''multitasks,'' fitting in a little TV viewing as he brushes.

Toothbrushing Mistake No. 4: Brushing Too Often or Too Hard

While brushing your teeth three times a day is ideal, more may not be, says Sesemann. "More than four toothbrushings a day would begin to seem compulsive."
Excessive brushing could expose the root of the tooth to irritation, and that could in turn irritate the gums. Brushing vigorously can also erode tooth enamel. The trick is to brush very gently for two to three minutes.

Toothbrushing Mistake No. 5: Not Brushing Correctly

''Long horizontal strokes along the gumline can lead to abrasions," says Sesemann. "Aim your bristles at the gum line at a 45-degree angle and do short strokes or vibrations." Softly brush up and down your teeth, not across your teeth. The strokes should be vertical or circular, not horizontal.
Be sure to brush outer and inner tooth surfaces, the chewing surfaces, and your tongue.

Toothbrushing Mistake No. 6: Starting in the Same Place Each Time

Many people start brushing the same part of their mouth over and over, dentists find.
"Start in a different place so that you don't get lazy in the same area of your mouth," says Price. He reasons that by the time you get to the last quadrant of your mouth, you're bored with brushing.

Toothbrushing Mistake No. 8: Not Following Up With a Rinse

Bacteria can grow on an un-rinsed toothbrush. Then, the next time you brush your teeth, you may actually put old bacteria back in your mouth, says Laurence Rifkin, DDS, a dentist in Beverly Hills, Calif.
Rinsing the toothbrush after you brush will help remove any leftover toothpaste, too.

Toothbrushing Mistake No. 9: Not Letting the Toothbrush Dry

"If you have a toothbrush that's perpetually moist, it will cultivate more bacteria," says Sesemann.
"If the bristles stay soggy, you can misshape them as you use the brush," Price says. "Or it might be a breeding ground for bacteria."
It's a good idea to shake out the moisture, then recap it with a cap that allows air in, he says.

Toothbrushing Mistake No. 10: Not Changing the Toothbrush Often Enough

The American Dental Association recommends getting a new brush every three or four months, or even sooner if the bristles look frayed.
But rather than go by a strict timeline, Price says a visual inspection of the bristles is better. "Once the bristles lose their normal flexibility and start to break apart, change your toothbrush," he says.
"Look more at the state of the bristles than the time period," he says.
Some brushes have colored indicators that alert you when they need replacing, says Price.
Article Source: http://www.webmd.com/oral-health/healthy-teeth-10/brushing-teeth-mistakes?page=1